Police are looking for information on hit and run accident with injures.

Friday, October 13, 2017:   Police are looking for a dark color Honda Civic that was involved in an accident today.  At 8:30pm the Honda Civic was traveling west bound when it swerved abruptly into the next lane and struck a white Mercedes.  The driver of the Mercedes was pushed to the right and smashed into a parked car.  Air bags were deployed but the driver and passenger were still inured and taken to the hospital by first responders. 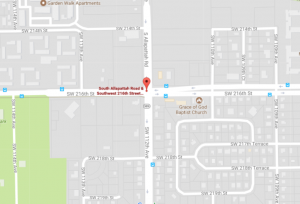 If you have any information about this crash please call Crime Stoppers.

Attorney Jason Weisser of Shuler, Halvorson, Weisser, Zoeller and Overbeck responded about the crash.  “A Hit-and-run is one of the worst type of accidents.  When that person that feld the scene is caught you have rights that are different then in a regular car crash.  Make sure you speak to a licensed professional about your rights”.

Hit-And-Run Crashes on the rise in the United States

Hit-and-run crashes are increasing in many major cities, and hit-and-run fatalities are rising nationally as legislators in several states look to toughen laws to address this troubling "plague."

These crashes have reached such epidemic proportions in one city (Los Angeles) that, during one recent year, nearly half of all collisions in the city involved a driver who fled the scene.

Crash data from the National Highway Traffic Safety Administration show that the number of fatal hit-and-run crashes is trending upward, from 1,274 in 2009, to 1,393 in 2010, to 1,449 in 2011, the most recent year for which statistics were available.

Story provided by US Today.